Take a fresh look at your lifestyle.

VidyX Will Be One of the Payment Coins in Mucciaccia Gallery! 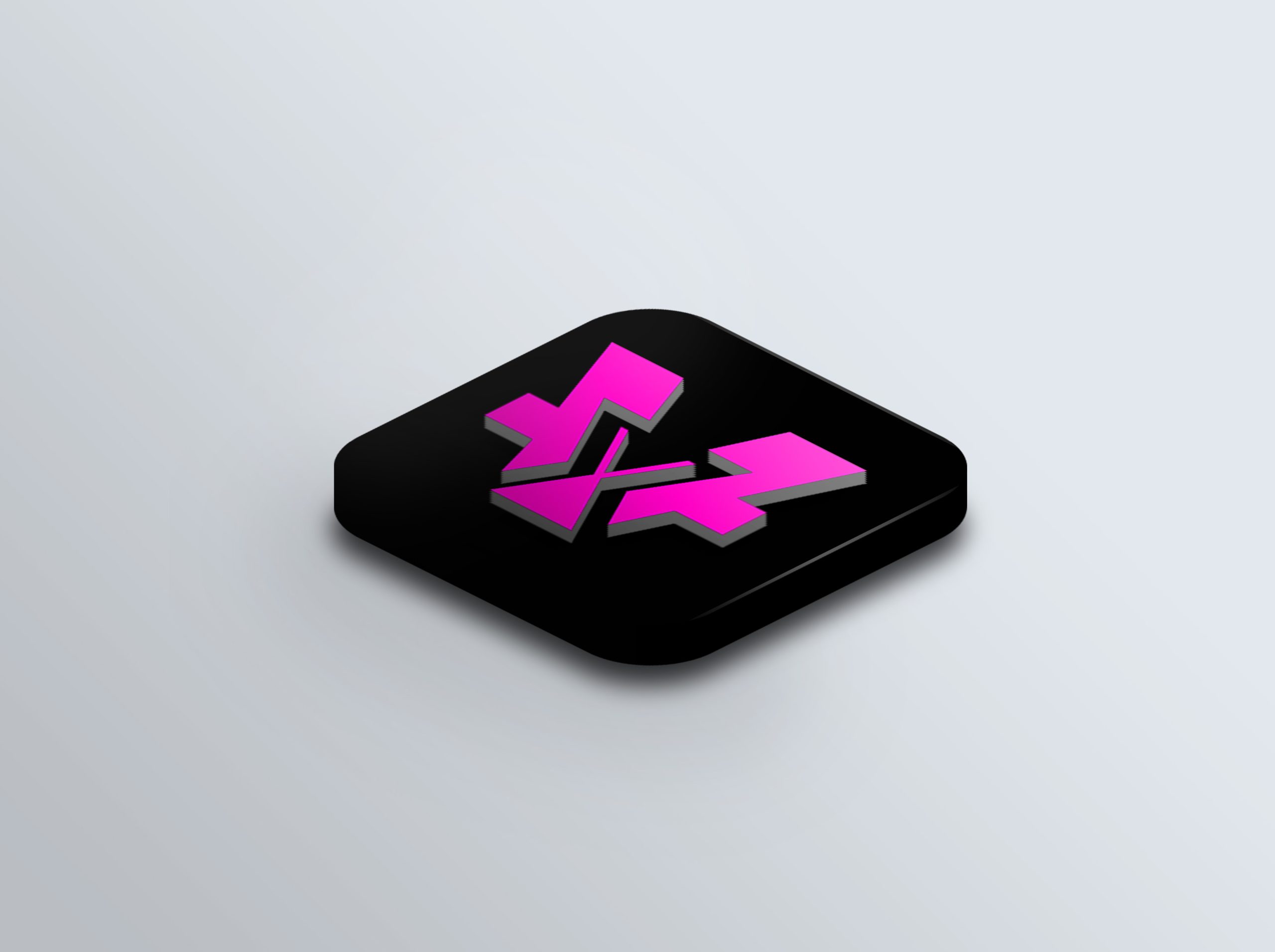 Massimiliano Mucciaccia opened Galleria Mucciaccia in 2006 in the historical center of Rome. Born into a family of gallerists and art patrons, Massimiliano grew up in the entourage of artists, curators, and affectionados. Shortly after, he opened a second space in the beautiful setting of the Dolomite Mountains. Over the years, it has become an exclusive corner in Cortina d’Ampezzo, where art lovers and collectors gather together during the winter season.  As the founding partner, Massimiliano opened Mucciaccia Gallery in Singapore in 2012. Together with his partners, the gallery focuses on showcasing XX-century artists that have proven to be historically significant. It holds a first-time solo exhibition for its international artists and showcases artists from the region. Located in the prestigious and green district of Gillman Barracks, the gallery is a cultural hub and hosts a well-diverse events program for thought-provoking artistic debates. In 2016, Mucciaccia Gallery opened in London, in the heart of Mayfair, the fourth branch of the group. The gallery’s vision is to explore the works of numerous artists and sculptors who sought new approaches to art, with particular attention to the XX century.

In the wake of an ever-growing international presence, Mucciaccia Gallery landed in New York City in 2019. The fifth location opens in Chelsea, on 24th Street, the center of the art world: the aim is to be an important platform for Italian artists, already world-renowned, while, at the same time, continuing to increase the strong group of international artists the gallery works with. The gallery’s identity is defined by its strong exhibition program featuring leading modern and contemporary Italian and international artists. The gallery has built a reputation for working closely with curators to define and support their artists’ artistic careers and highlight their work on an international scale. It continuously collaborates with institutions and foundations to organize museum-quality exhibitions, such as the retrospectives of Giorgio de Chirico, Robert Rauschenberg, and David LaChapelle.

Mucciaccia Gallery and Binance NFT, a subsidiary of Binance, will work closely with NFKings Productions, a leading NFT creative production, to digitize and create NFT blind box collections: thoughtfully curated collections of selected pieces by the gallery’s representative artists. These prestigious collections will include revered artists such as Frank Holliday, an American neo-expressionist who was a protégé of Andy Warhol and had his first exhibition together with Keith Haring in New York in the 1980s. Holliday was also a part of Club 57 a legendary underground art club alongside Haring and Jean Michel Basquiat. His work is highly recognized by some of the world’s most important institutions. Holliday has won the John Simon Guggenheim Memorial fellowship and the Gottlieb Foundation and Pollock Krasner Foundation fellowships. Recently, his work was also included in the permanent collection of the MoMA Museum in New York.

NFT or Non-Fungible Token is one of the digital assets that are trending. This asset is widely used by artists or content creators to sell their works. Quoting from Kompas, DappRadar data states that NFT sales reached the highest number, namely US$10.7 billion or around Rp. 152 trillion in the third quarter of 2021. This value increased eight times compared to the previous quarter. NFT transforms digital artwork and other collectibles into one-of-a-kind so that they can be verified as authentic and easily traded via the blockchain. For those of you who don’t know, blockchain is a way of digitally storing data that is interconnected between one device and another. NFT cannot be duplicated or replaced so all you can do is sell or buy it. Asset ownership can later be claimed from the digital tokens that you have. The way NFT works is like we do transactions in general, only through digital platforms or available marketplaces.  NFT is now widely marketed in digital markets such as CryptoPunks, OpenSea, and Rarible. The currency used is in the form of dollars and ETH or ethereum.

What products can be traded on NFT? Digital objects can be traded in the form of artwork, GIFs, videos, or video clips of events from sporting events, virtual avatars or personas in video games, music, to tweets. The founder of Twitter, Jack Dorsey, had sold his first tweet as an NFT for 2.9 million US dollars. Syahrini a famous singer in Indonesia, announced the sale of digital assets in the form of non-fungible tokens (NFT) to the digital world or metaverse. These digital assets are sold through the Binance.com platform. Quoting the Binance website, Monday (12/20/2021), a total of 18,000 NFTs were sold by Syahrini. This NFT is categorized in rank from lowest to highest, starting from N (Normal), R (Rare), SR (Super Rare), and SSR (Super Super Rare). Meanwhile, #CetarMembahana became the NFT category with the top ranking and only five were published. In an Instagram upload, Syahrini admitted that the NFT assets were carried out in collaboration with NFT King Pro and Binance. Not only NFT, but Syahrini is also developing the product more broadly through Metaverse. This Metaverse will contain a tour of the game that fans can play.

What are the advantages of NFT? Why do many successful people choose to use it? NFT has a unique and collectible appearance. Because there is only one digital object, you can collect a number of digital assets according to your wishes and budget. Second, NFT can’t be erased, destroyed, or engineered so you’re sure to only have the original. The scarcity can affect the increase in the value of digital objects. NFT also can be trusted because token usage is non-exchangeable. In addition, NFT also uses smart contracts.

On August 23, 2019, Mucciaccia Gallery is a prominent European modern and contemporary art gallery in five locations worldwide, including New York, London, Singapore, Cortina d’Ampezzo, and Rome. Representing established contemporary artists and some of the most important modern masters like Picasso, Giorgio de Chirico, and Robert Rauschenberg, the gallery has built a reputation by working closely with curators to define and highlight the work of their artists on an international scale. The gallery has fostered a strong identity through carefully curated exhibitions, continuous work, and collaboration with world-renowned institutions. With this entry into the NFT space, Mucciaccia Gallery will start accepting cryptocurrencies as a payment method in all of its locations worldwide. The following cryptocurrencies will be accepted initially: BTC, ETH, BNB (Binance Coin), VidyCoin, VidyX, and RARA.

VidyCoin and VidyX are tokens of the Vidy project, a company focused on developing new media technologies to change traditional advertising modes. The project, founded by Patrick Colangelo and supported by a world-class engineering team based in San Francisco, already has offices in five other countries including Indonesia. Vidy currently has more than 200 million monthly active users with 3.5 billion monthly page views in Indonesia. VidyX is also entering the NFT market. “The NFT market grew by more than 229% since 2020 reaching over $500 million. However, this is still in the early stages and has a long way to go in terms of infrastructure development. With the metaverse and the advent of the digital model, people will be able to live in a parallel virtual world where they can have a digital identity and buy things not only in digital files but as unique assets in their virtual land, similar to their physical one. the world,” said Matthew Lim. “For this new NFT platform, Vidy will lead the technology and blockchain development, given our unique experience in handling traditional and crypto businesses. We believe we will create the best platform that will drive the NFT world by enabling seamless participation of the traditional fashion, arts and music communities.”

Through this initiative, Mucciaccia hopes to blur the lines between what is known as the crypto world and the physical world. “If we believe that blockchain technology and the digitization of art in the form of NFTs are the future, we have to embrace this revolution entirely. I believe that Mucciaccia Gallery is setting the right example for those who are still sitting on the fence”, says Matthew Lim, Co-Founder of Vidy. The gallery team agrees that Mucciaccia Gallery was born to support and promote a new generation of artists. This decision to embrace a novel form of payment was taken due to an increasing intersection between the gallery’s aim and the clientele in the cryptocurrency space. “In 2020, we watched many traditional giants express public support for cryptocurrency via either crypto investment or payment integration. In the art field, two auction house behemoths: Christie’s and Sotheby’s have both auctioned NFT sales. As a leading art gallery specialized in contemporary art, we are looking forward to the new possibilities as we continue to evolve”, the team concludes.